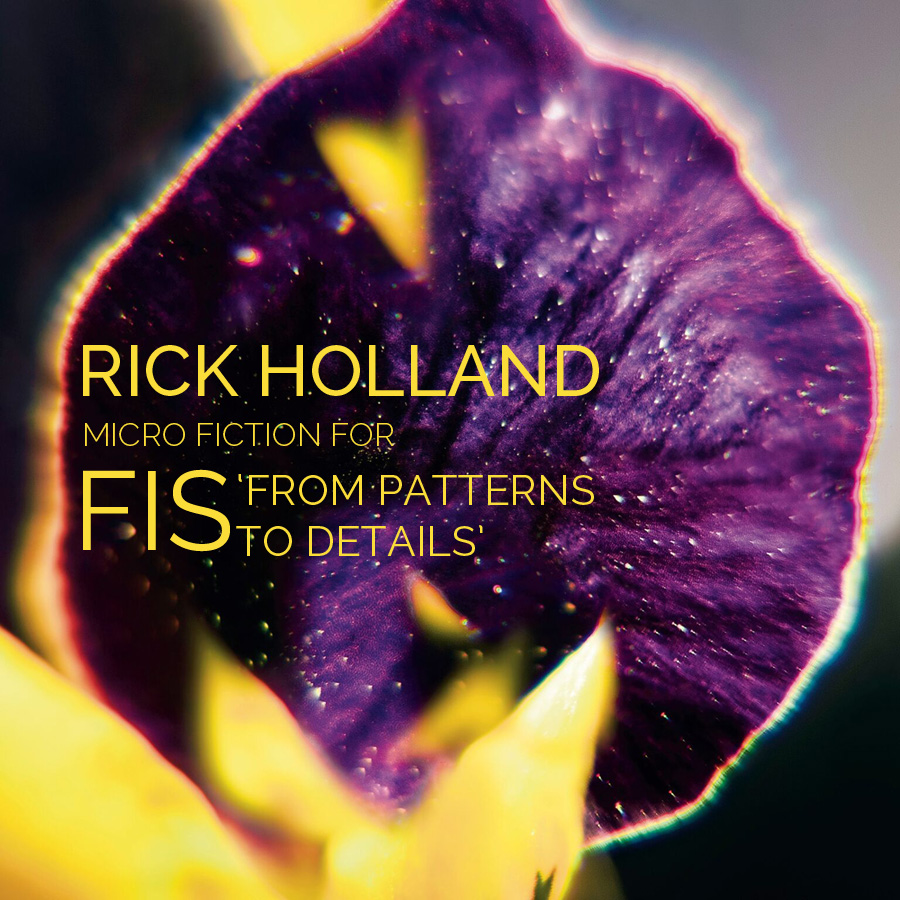 Rick Holland is an English poet and independent artist who has collaborated with the likes of Brian Eno for various albums (he co-wrote the 2011 album ‘Drums Between The Bells’, released on Warp Records) and most recently Jon Hopkins for his ‘Late Night Tales’. Rick was shook by the works of Fis, and wished to share his poems about the cinematic experience that lead his emotive visions. Fis’ upcoming album ‘From Patterns to Details‘ will be released 23rd September on Subtext. Rick Holland wrote one poem for each track featured on the LP. Read on and get yourself lost in the details. 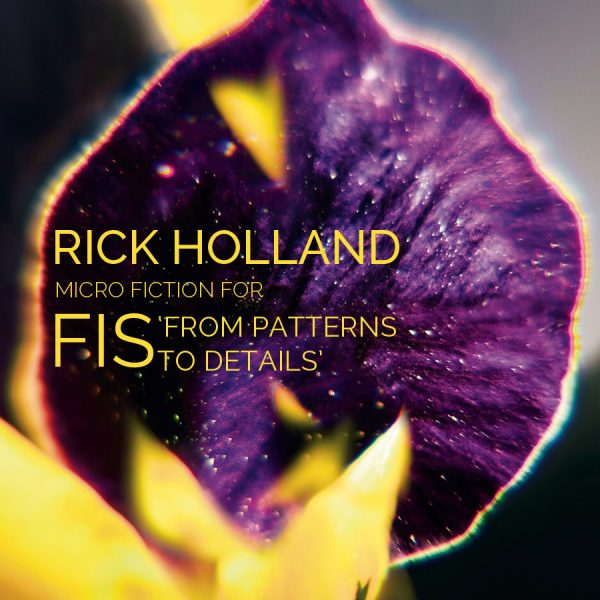 When we woke this morning it was to a graphite dawn, particulate and granular in augmented visual fields, pink hued at horizon, and the honeycomb of carbon latticing hexagonal overlay to a world we once knew as object filled.

We listened to mineral examples. They sang their balance; the same and different as yesterday’s.

We saw the beacon. Around it fell the crashing shards.

Morning rose. Ours the mix, of this, today. Custodians of wind.

The sea hound morning meditation now an option – select B7 – for system priming :

Setting off your system’s latent core, to notice everything at once.

We evolved beyond those moments of heightened perception to do this.

This canned hound essence reminds us.

This energy is where we begin now.

Primed. So this is what we have?

Without the functions, custodians of wind, clocking in.

So much internal, now we hear everything at once, our own buzzing nervous system, our heart; woken and primed each day.

Then out into this, for ritual.

These mighty pipes, no tide to wash us, no role, no job to prop us, new skeletons of see-through.

So much inside, the need to join, destroy, rising.

So to the mat, our blue screen midday dance, fit ritual for anger and release.

He sliced the swathe in double handed sword

Now ready for the ocean, anger flailed
attention bound. Baptised by our most exquisite isolation

energy, focus, future, could begin from here.
The being primed and freed
released of incidental bind
destroyed to join
with every atom in the sea.

Again we saw the beacon. Around it the crashing shards reformed and re-engaged. Breath of hound, the circular sea, and gaping rainbow beast, in rolling tube, the scent, complexity and mass.

Now enveloped, now back connected, and no motion in between, except the sound.

We swam as watchers in the fury, and the fury watched us back. The walk of nothing we can lack.

We were able to watch dimensions pass over the orb of a skyline like a lens on an eye, or a lizard blink. Imperceptible shifts in the relations of orbits, and the patterns of tides, making themselves known, and each of us recognising the perfect expression of these – each signature state – that may once have been subsumed as mood or character. Here, an archer shooting the carved brow of a harmonious human face, here a wash of liminal edge spreading two ways at once, here death, here life in spasmodic morphs of form, here injury to state to new, here open heart as portal, here crying moons.

previous post Bourgeois Speedball: Red Threads
next post Robert Curgenven: Recording one note at a time – across 9 countries and 15 locations