Pierce Warnecke: Certain people have no idea I compose music 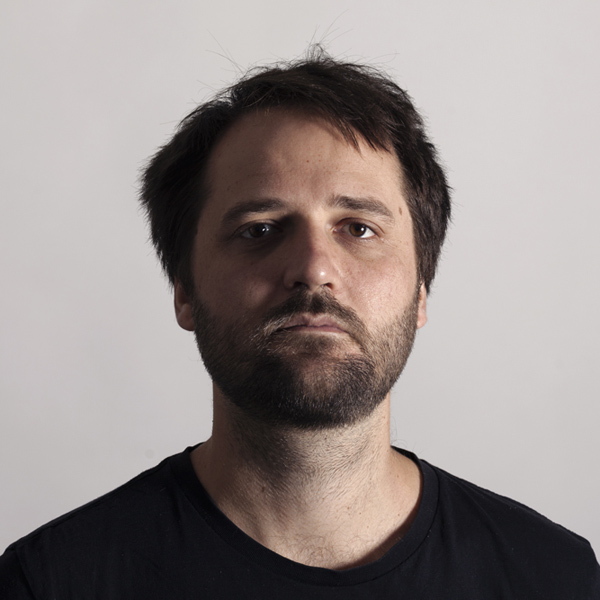 A few months back we’ve premiered ‘Elevated Noise’, a Gainstage release full of industrial beats and distorted drones, so Pierce Warnecke’s name (who’s 1/2 of the act) should already sound familiar. His works consist of installations, compositions and concerts, he’s been frequently collaborating with raster-noton’s Frank Bretschneider. He has recently released his solo debut ‘Memory Fragments’ on Lawrence English’s Room40, so we thought it was time to have a chat with this exciting upcoming artist. Luckily, he visited the EMS studios in Stockholm, so we had a chance to talk about his background, all his different ongoing projects and about feeling European as an American. Also, check out the mesmerising video below for ‘Remnants Remembered’ from the album. 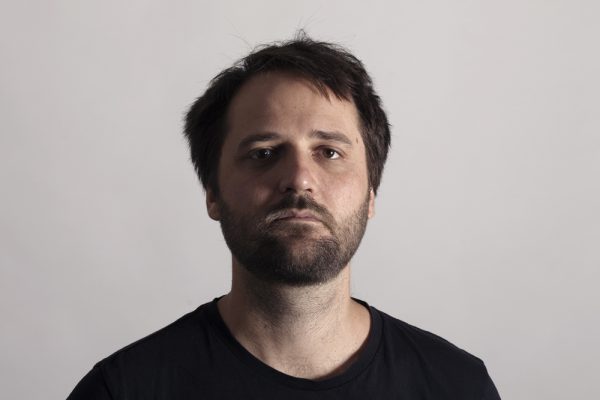 Hey Pierce! You are quite the globetrotter, right now you are visiting Stockholm for a residency at EMS (Elektronmusikstudion). The studio is becoming more and more popular these last years, what made you want to come here?

Yes, I have a hard time staying put, that’s for sure. I came to Stockholm specifically to work on the Serge Modular System. I don’t personally own any modular synthesizers and wanted a chance to work on this system that many really interesting composers use (Thomas Ankersmit and John Chantler, for ex.).

Why EMS? To finish a project, I really need to reserve a set amount of time away from home and normal contexts. Cut distraction and focus on the task at hand, give yourself some extended time to try things out, make a few failures, figure the correct path for the music. In this case I was working on a commissioned radiophonic piece for Deutschland Radio Kultur entitled ‘Functional Mating Calls’, that is a very broad sonic study of sound-based forms of communication (real and imagined): human languages, animal calls, electromagnetic signals, music, conlangs, and combinations of dialogues between these different groups).

What do you find most fascinating about working at EMS?

EMS was a fantastic place to work – more than the studios, synths and gear (which were fantastic), I found it to be a real community of musicians and composers working on all shades of electronic music. This is something quite rare, that a studio with such an important history in electronic music opens its doors to a really diverse crowd. I was basically really happy to see that it wasn’t a bunch of grey-haired white guys doing academic electronic music (even though I suppose that’s what I identify with most!) 😉

You’ve recently released your first full-length album on Room40. ‘Memory Fragments‘ actually has quite an interesting background story, would you share it with us?

Ha, sure! The piece was original made as an Audiovisual performance ‘Memory Fragments’ for MadeiraDig Festival in 2013. The year after I returned, and Lawrence did a beautiful performance of ‘Wilderness of Mirrors’. We hung out quite a bit; I told him about the piece and he asked me to send the material over, which I did. But after that he never answered my emails, so I started to think I had said something rude or had been a pain in the ass or something.

I moved on, kept sending it around and invariably people would say ‘this would be great on Room40’, and I would always think ‘yes…thanks for the tip’… Finally a mutual friend sent a quick email to Lawrence, who wrote me almost immediately to apologize, as all my emails had been marked as spam and none had gotten through! So he had a listen and decided to release it.

SO it was a really long and winding road – I honestly gave up a few times on it, thinking it just wasn’t of interest but people kept being very positive and encouraging so I kept with it. That’s really the only thing that matters, sticking to your work and following through with it, which was a really good learning experience for me.

You have been working in so many different fields. Started off with making dynamic electronic music, did live projections for Frank Bretschneider, field recordings, visual exhibition, sound collage and now you are teaching… did I miss something? Where do you feel at your best when you think about your creative side, what satisfies you the most?

I’ve always been interested in sound and visuals, that’s one of the guiding themes in much of my work. My goal is to be equally expressive as an artist in both mediums. It leads to issues of identity sometimes (certain people have no idea I compose music, for example) and even for me it raises questions about focus and workload.

Many artists try their hand in both sound and video and I think for all of us there’s a risk of it working against you by spreading yourself too thin and not exploring a specific aspect of your work in as much detail as you might if you just played an instrument for example.

Artists on raster-noton in the early 2000s were really the first ones that showed me an artist could work equally in both domains without one side feeling weaker. I think one of the essential things they proved was that the one-person laptop producer revolution of the 90s could (and would) easily expand to include a visual component as well. That’s why working with Frank has really been such an honor – in addition to the fact that he’s a great guy and easy to work with!

So yes, it might look from the outside like I engage in a lot of activities, but from my perspective it’s a continuum in which I keep moving forward while trying to develop a personal vocabulary with sound and video, even in my teaching. 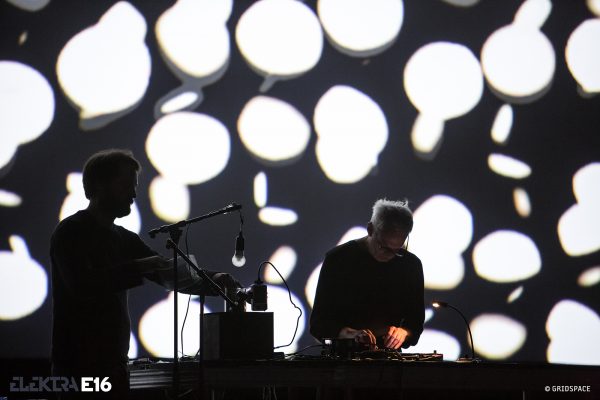 You’ve moved from Berlin to Valencia, Spain to teach at a university Master’s Programme. Could you tell us a bit about this? What do you teach and how does that compare to what and how you’ve studied music yourself?

I teach full time at Berklee College of Music’s master in Music Production Technology and Innovation in Valencia, Spain. The program focuses on music production from the studio angle (recording) and from the computer standpoint (production and programming). In addition we really encourage students to try and think about the future of music, by mastering video tools and integrating technology into their ideas in order to create multimedia works, beyond the traditional album or performance, so to speak.

I actually studied at Berklee Boston in a department that used to be called Music Synthesis (now EPD), so what I teach is actually very close to what I studied. But learning is never ending, and teaching has pushed me to solidify my knowledge in music, electronics and programming, which has been really positive.

You’ve lived in quite some different places by now. Born in California, went to high school in France, then went back to Berklee to study music. Then Berlin and now Valencia. If you could pick one spot that you find inspiring on this planet, where would that be and why?

Identity is a question for me, as I don’t feel particularly attached to a specific country. I’ve lived outside the USA for more years than inside, and have trouble identifying sometimes with Americans. I really love Europe and would like to say I feel European, especially these days with so much un-european sentiment going around.

I find the act of moving itself quite inspiring, more than the act of immobility (probably why I prefer time-based over static media). Travel has the effect of cleansing my brain sometimes – especially train travel where you can stare out the window for hours. After a trip like that I invariably have a few new ideas.

This being said, my family’s home in California is quite unique, on a river between forest and vineyards, where I spent most of my youth. It’s the only physical place I still feel attached to and it’s quite inspiring. We operate an artist residency called ‘Chalk Hill Residency’ there, which makes it available for other artists too. I could live there, except it’s so far from Europe…

Do you have a favourite album cover?

I listened to a lot of prog in my youth – King Crimson’s first album has great artwork. Today I find Bocian’s records, simple black and white photos to be quite nice, and it lends itself to a nice thematic feel which I appreciate in a record label (Touch and PAN also do this well).

Otherwise Iron Maiden’s were always pretty ridiculous… but you can’t help from looking!

Any favourite records or discoveries this year that no one should miss?

It’s been harder and harder for me to come up with time to stop working, sit down in quiet conditions with proper equipment, and listen to new music for an hour. So I don’t have too much

What are you working on right now? What should we expect in the future?

Anything more and I might not survive… I’m operating at more than max capacity!