n5MD is an independent record label based in Oakland, California. The label is run by Mike Cadoo and primarily releases electronic music which focuses more on melody and emotion. Nowadays n5MD also releases music in compatible genres such as shoegaze, post-rock, IDM and electro-acoustic, often involving vocals as well. We’ve asked Mike to participate in our label Q&A session, since besides curating and supporting quality music, he produces music himself (Bitcrush, Dryft, Gridlock, Under)… and let’s admit there are not too many labels around who first started to release music on MiniDiscs. Mike explained the story of this extinct format, the emotional vision behind his record label and he also delighted us with a mix composed exclusively of pieces released on n5MD. 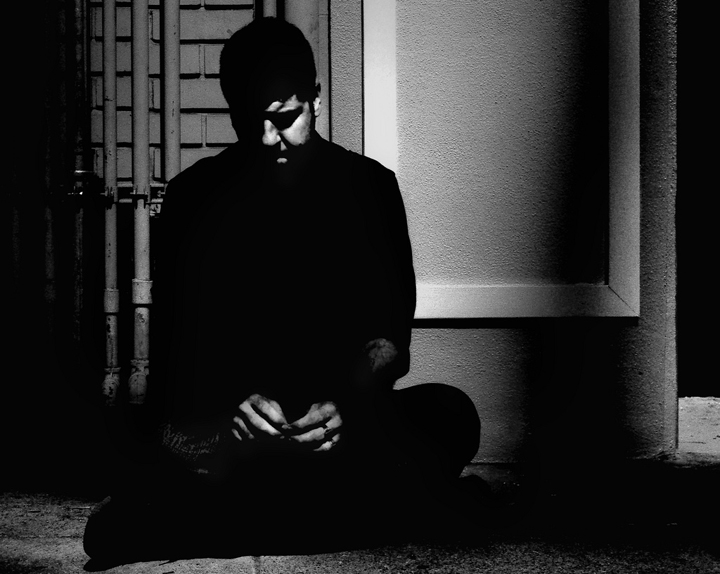 How did you first get involved with music?

I’ve played music basically all my life but not until early in this decade did I start doing it, what I would call, professionally. Music is a very important part of the fabric of my being. I either have to make it, release for other people or listen to it. At times it is done all at once.

When and how did you get the idea to give birth to n5MD?

I used to walk from the subway station to my job in San Francisco. I often made compilations on MiniDisc and listened to them on my player on my way to work. One day I thought about releasing such a compilation and researched starting a label. That was in early 2000. By November of that year I had released our first prerecorded MiniDisc compilation, ‘MD1‘. There was a point when Sony stopped making prerecorded MDs and it looked grim for n5MD. I forged ahead, as they say, with more standard formats.

Where is the name of the label coming from?

No Fives, Mini Discs! The five is in reference to a CDs Diameter.

How would you describe the sound of n5MD in 5 words?

What is the concept of the label?

Aside from the original concept of releasing music on the MD format I think the one thing that all the artists that release music with n5MD have in common is the emotive nature of their music. I really connect with musicians that are adept at conveying their feelings through music.

How do you usually find and select the artists/music you’re going to sign to your label?

The selection is pretty basic actually. I just have to connect with the music on some other level than simply thinking that it’s a great listen. It has to be that of course but also and more importantly has to have some emotional resonance with me. Finding those artists is a challenge though. There are tons of projects out there now and getting heard above all the other noise is getting more difficult. But, I sort of feel that if n5MD and an artist are a good pairing we tend to find one another somehow.

What do you find the most stimulating/disappointing thing about running a label?

I’d say the creativity in the day to day tasks of running the label is very stimulating. I’ve tried to have n5MD be as self sufficient as possible so I often with the artists’ permission get to design the cover art as well as master the albums. I really get to see a release take shape. A disappointment could be as basic as being misunderstood which is a part of life. Oh… I will admit that current shipping fees are a very disappointing and unfortunate reality for a business that does a lot of shipping.

Do you think that in our digital era the non-musical elements – eg. album artwork – are overlooked and not appreciated enough? How important are these kind of aesthetics for n5MD?

I think in some cases it is overlooked. I even think “the album” sometimes gets overlooked as well. Playing your whole music library on shuffle is so easy now. That being said, I do feel that the art is just as important and even for a digital release we try to make the cover art as appealing as possible.

How does a ‘regular day’ look like at the n5MD office?

My day usually starts with checking email over coffee and responding as needed. After that anything from packing orders, writing a release’s info text or artist bio, master an album or EP, work on design for a forthcoming release, or even listen to demos via Soundcloud. I don’t do many interviews so this interview is a nice distraction from the day to day stuff.

Are there any artists you would secretly love to sign to n5MD?

Ah well. That is very hard to say. However after looking at my recent spins… I do enjoy Stumbleine‘s music quite a lot. Bersarin Quartett I think fits within the n5MD aesthetic. I did try to do a reissue of material from Hood side project Downpour but we just couldn’t make it happen. I also wouldn’t mind reissuing all the Gridlock releases as I get asked about those a lot. However, that is just not even a remote possibility I’m afraid.

Do you have a personal favourite among your releases? Which one are you the most proud of?

Oh geez. That’s impossible to say. I really do enjoy them all, each one is special to me. However I can say that I especially enjoy the ones that are a bit harder to classify.

Do you remember a particularly wonderful moment in the history of the label?

While I cannot pin down a particular moment, I think that the mere fact that n5MD is still in existence and relevant is pretty damn wonderful.

What kind of advice would you give to someone who is interested in starting their own label?

Be honest and true to your vision. Don’t look around you so much for what others are doing or releasing. Follow your own path. You also may not make tons of money but it can be very rewarding in other ways. Then, if all else fails. Try something different…

What are the latest news at n5MD? What should we keep our eyes and ears on?

By the time people read this bvdub’s new album ‘A History of Distance‘ will be out. Asonat’s new album ‘Connection‘ was also just recently released at the end of September. It features their first music video by our friends Maga&Seba. Later this year there will also be albums from (ghost), Aerosol, Crisopa and To Destroy A City who’s track ‘Last Contact’ is the closer for the mix that is paired with this interview.