Miwon: 9 years of radio silence is such a long time 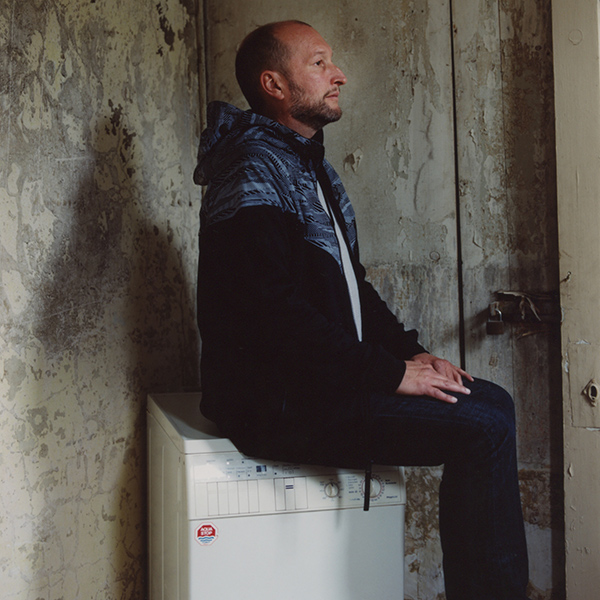 Share Tweet Pin Mail SMS
Miwon (aka Hendrik Kröz) makes soulful electronic music, balancing ambient textures, glitches and driving beats. He takes time to sculpt his tunes, until it’s near impossible to pinpoint where the pop, techno and cinematic elements of his imagination shake hands. He kickstarted his career with the underground hit “Brother Mole”, which was remixed by John Tejada and featured on Andrew Weatherall’s mix CD “Fabric 19”. He further refined his sound and released two critically acclaimed albums on City Centre Offices. His third full-length album ‘Jigsawtooth’ was released earlier this year on n5MD, which is also the first Miwon release in 9 years. We had a chat with Hendrik about this long radio silence and all things music. 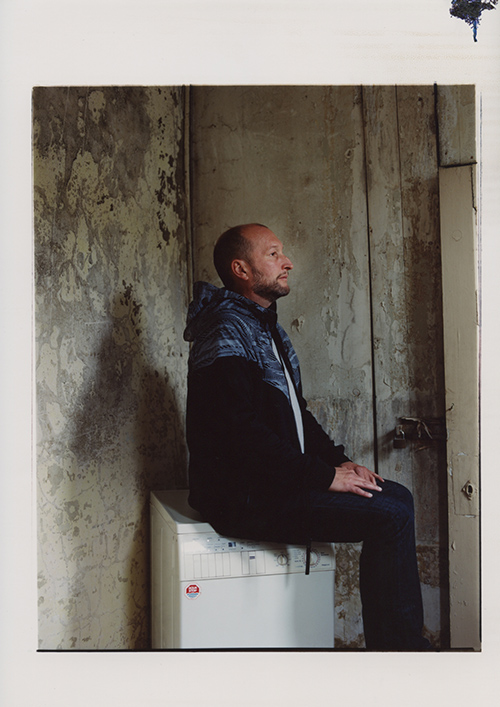 I learned to play keyboard as a kid, guitar as a teenager and that’s when the music really started – in a school band covering Cream and other rock and blues classics. Later on we wrote own songs. One day our drummer quit and we decided to fill the void with a drum machine – my first contact with pattern-based songwriting. The Miwon project actually started when I got fascinated by chopping and manipulating samples at my computer, discovered software-based sound generators and found out about sequencing. The results sounded quite droney and dark in the beginning and have become more and more melodious over time.

What or who would you name as your biggest source of inspiration when you were younger?

Pop songs of the 1980s – The Cure, Talk Talk, The Smiths, Tears For Fears, Depeche Mode and  “local heroes“ such as Kraftwerk, Andreas Dorau and Trio – listening to them on the radio and recording them on tape. Later on I got into honest rock (Springsteen) and guitar acrobatics (Eddie Van Halen), but I wonder if that was formative in light of the music I make today…

‘Pale Glitter’ and ‘A to B’ are two albums I still revisit to quite often. It’s an obvious question but how come you’ve waited 9 years since your last release? It’s been way too long.

You’re right – 9 years of radio silence is such a long time. I haven’t actually waited – it rather was the case that other things and events in life became more important than working on new Miwon tracks. Since ‘A to B’ came out I’ve become a father of two kids, got a degree in sound engineering and started to work for a music software company. I also spent more time on side projects (see Cushion Caroms’ debut album, released in 2015), maybe to get slightly independent from my Miwon project and avoid repeating myself soundwise.

What’s the story behind the Cushion Caroms ‘Galaxy’ album? I just finished listening to it and it’s a great little piece that fell under the radar. It could have been a Miwon album when it comes its sounds and atmosphere. How come you decided to start a new project for this?

Cushion Caroms is my collaboration with 1605munro, an Argentinian producer who’s been based in Berlin since many years. Our project already started six years ago, when we played a couple of rather improvised concerts together – electronics plus acoustic guitar. We didn’t want the music to fall in oblivion, so we made studio versions of some tracks we’d presented on stage and composed new ones in weekly sessions. It was fun to encircle and assemble the ingredients that both of us like – evolving pads, acoustic guitar loops, cinematic samples and glitchy percussion

What made you pick up the Miwon project again?

I’ve actually never dropped it, because Miwon is my core project, the home of my very own music since 2000. Here I make most of the decisions all by myself, which is still a special challenge for someone who grew up playing in bands.

How did you get in touch with n5MD? It’s a really such a great home for ‘Jigsawtooth’.

In 2010 I took part in a cover version project – „The Reconstruction of Fives“, non-label artists making versions of n5MD tracks – that’s how I got in touch with labelhead Mike Cadoo. When I sent him my latest demo he wrote me right away that he’d still listen to my last album and loved my new tracks, so what else could I wish for?

Jigsawtooth shows a whole new side of you, while you have kept the unique Miwon sounding at the same time. Pop ambient is still going on strong and fresh as ever but now you’ve introduced some techno elements into your sound as well. It could totally work on the dancefloor. How did you get started on this new album?

My initial idea was to sound a bit more sharp-edged and pay special attention to the bass frequencies. And I decided to increase the tempo above the 130 BPM mark in some cases. I love Techno, so there have always been certain elements in my sound – probably more obvious, e.g. a straight 4/4 kick drum.

Have you ever thought about making a pure techno record?

Yes, I’ve thought about it, so a 12“ in this direction could happen indeed. Pure techno might go beyond the scope of Miwon, where that’s merely suggested, so it would be interesting to find out where the boundary is.

What could you say was your biggest challenge during the production of Jigsawtooth?

I wanted to develop something new without completely giving up the familiar Miwon sound and it took me a while to get to that stage – there are days when you spend hours in the studio and the result sounds absolutely boring. Another challenge that’s surely familiar to many producers – finding the point when a track is definitely finished and only gets worse when you keep on tinkering. So my biggest challenge was actually to convince myself: This new track is actually pretty good and it seems like it wants to get released!

How much time did it eventually take to get to the end product?

That’s difficult to say, because I haven’t produced it in a row but in phases. Making enough tracks that are able to pass my personal quality filter has taken me around two years. I’m a perfectionist in some respect, ditching tracks that bore me after a while or giving them up for looting, to use some of their sounds in other tracks where everything fits in the end. The time between sending my demo to n5MD and the day of release was less than a year, so the final steps went relatively fast.

Could you name a few artists who inspire you most nowadays?

I wonder if they inspire me, but it’s big fun listening to Bilderbuch – a Kanye West-inspired band from Austria that sounds like the clever happy medium of Prince, Falco and Queen. Some of their songs are too good to be true. “Ideas of Aesthetics“ by Thrupence and “Seafaring“ by Last Days are brilliant, too – quiet gems for summer nights. Basically I dig a lot of genres – leftfield IDM and indie, but also soul, hip hop, dubstep, world and more. I’ve collected and enjoyed music for so long that there’s this cornucopia of sounds in my head – a cheeky melody line that got stuck in my brain, a drum beat or a certain rhythm of pushing a chord. It’s such elements that sometimes show me the way while composing and I follow them respectfully, almost automatically: no man is an island.

previous post Kryshe: I want a narrative thread to my music with space for improvisation and variety
next post Caural: My head has been exploding with ideas, so 2018 promises to be a shift back into sound