Mirel Wagner: The longest period that I’ve written a song is a decade 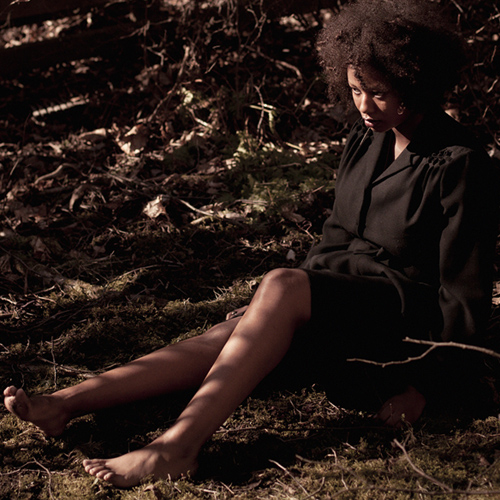 Mirel Wagner is a singer/songwriter born in Ethiopia and raised in Espoo, Finland. Since an early age she is writing rather doomy folk and blues songs, performing with her ethereal but rough voice, complemented with a minimalistic guitar picking. Despite the bare sounding, her music has a thoughtful intensity and a sincere weight. She was discovered by Jean Ramsay, an American music journalist living in Finland, who came across her at an open mic event in Helsinki. We came across her, because her latest album (‘When The Cellar Children See The Light Of Day’, 2014) was produced, recorded and mastered by Vladislav Delay. Although it is indeed a totally different direction than one would might expect, discovering Mirel Wagner was one of the most pleasant surprises ever. To sum it up with Ramsey’s words, she is “the real deal, an innovator among imitators. In a genre ridden with cliches she cuts through with the sheer the power of her lyrics and intricately fingerpicked guitar. And that voice… it is the antithesis of how a young woman in her early twenties should sound.” Sounds Of A Tired City managed to catch Mirel on the phone during her busiest touring season to find out at least a little bit about this mysterious young woman. 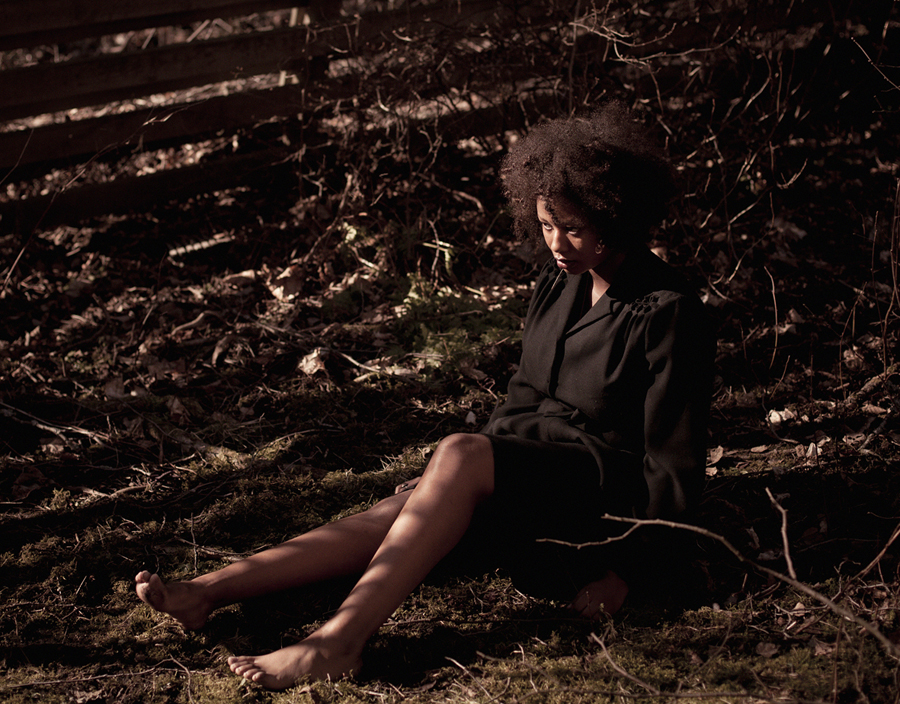 You’ve been intensively touring Europe and the United States, you’ve had more than 20 performances in just a few months. How are you holding up in this hectic period?

Quite well! It’s okay if you keep yourself healthy. Unfortunately I always get these sort of winter flus. It’s the flu season and I always catch something. But otherwise it’s nice.

You grew up in the suburbs of Helsinki, Finland. How did you get in touch in music and what did you influence you the most when you started to write your own songs?

I have always been interested in music and songwriting. I can’t really remember a certain time when I wasn’t interested. I think when I was about 7 years old, I asked my parents if I could have violin lessons.

What type of music were you listening to back then?

When I was very small I was very much into classical music. My cousins played the violin and I thought that was so cool and I wanted to do that too.

Your world seems to be quite different from the ‘traditional’ Finnish way of expressing oneself, your kind of extremely honest folk music has nothing to do with the usual Finnish contemporary popular music. How do you combine being so different and authentic at the same time?

I don’t know if I’m that different. I just try to do what I want to do in a way that I find the best way. Of course there can be many national qualities, because I’m a Finnish woman, I’m living in Finland and I grew up in Finland, so of course it influences me, but also I have my own way of making music.

You were quite young when you started taking violin lessons, but at the end you switched and stuck with the acoustic guitar. Do you feel more comfortable with this instrument or it was just a matter of expressing your feelings in a more appropriate way?

It was both. Songwriting for me was much easier when I started to play the guitar. The difference between making a piece and sound out of it was a lot quicker, because the violin is such a difficult instrument. You have to practice and I’m very lazy when it comes to practicing things. So the guitar was a lot quicker to pick up and figure out. I was never a really good violin player anyway, I was way too lazy, so I think I’m a better guitar player.

It took a while until you’ve actually dared to perform in public. Helsinki got a really open-minded scene when it comes to music, also famous for its wild karaoke culture. Do you remember how did it go when you played in public for the first time? What were the reactions?

The first time I played my own songs in public was during one of those open mic club nights in Helsinki. It was very positive experience. People seemed to enjoy my music.

Although you grew up with the Scandinavian darkness and you are very much used to it, do you think it has influenced your style in any way? Do you get more inspired in the dark melancholia during winter times or you’re more of a summer person?

I love the Finnish summer a lot, but I don’t know if I have been influenced by sort of outdoor things like the weather or location. I like to think that I’m not inspired by those things… My imagination inspires me most. There are words inside my mind, I only have to go inside there and get them. 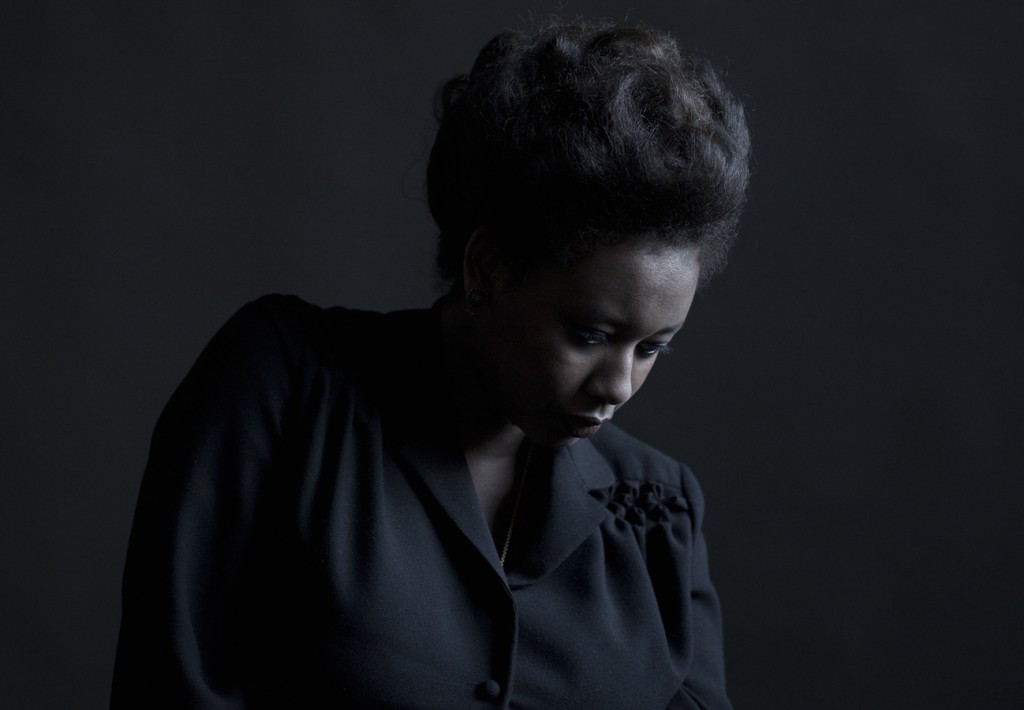 For your second album ‘When The Cellar Children See The Light Of Day’ you’ve been working with Vladislav Delay (Sasu Ripatti) as your producer. How did the two of you meet? Considering both of your aesthetic visions that must have been a match made in heaven. Or hell for that reason.

Your songs seem to be so natural that one can hardly hear any kind of producing work going on in there. How should we imagine these recording sessions?

They were very nice. It was just the two of us in the studio. It’s nice that we had this intimate setting; we were just in the room and microphones set up, I just performed the songs and everything was very relaxed and easy. Sasu did a great job in creating a calm and relaxed atmosphere in the studio, so I didn’t even notice he was there. It was very nice.

You’ve got only one more instrument present on the album besides the guitar, but only in two songs (‘Ellipsis’ and ‘Goodnight’), bowed cello performed by Craig Armstrong. Could you imagine working with more people and various instruments in the future or do you intend to keep it simple and minimal all the way?

I don’t know. It depends on what kind of songs I’m going to write, if the song needs some sort of instrumentation or things that I cannot do, then of course I don’t see any reason why I should not be working with different outsiders. It’s just a question of finding the right people and the right songs. But also if you can do it by yourself, then in my opinion, is sometimes better. Eliminates the chances of not to make compromises. I don’t have any strong opinions towards this topic… like now I will never work with piano again or anything like that.

How does the creative process work when you are writing the songs? Do you first write the lyrics or you leave plenty of space for improvisation as well?

Sometimes it’s also the melody on its own… emotions and pictures are coming to my head and I try to find the right words and the balance of its own. It’s quite slow and I try not to think about it too much. Thinking about the songs takes the longest time… the writing is quite quick. The longest period that I’ve written a song from the idea of the song to the point that the song has been played in front of people is a decade. I have songs that I’ve been having inside my head and been thinking of ever since I was a child… but you just gotta find the right words and the right time, you know. It’s quite hard to explain. Well, I don’t know if it’s hard to explain but I can’t.

What are your plans after you’re done with touring? Time to take a rest or time to start working on another album?

I don’t have any plans yet. Sleep… If I’d have a chance I would just sleep through the winter. I’d like to hibernate like bears.