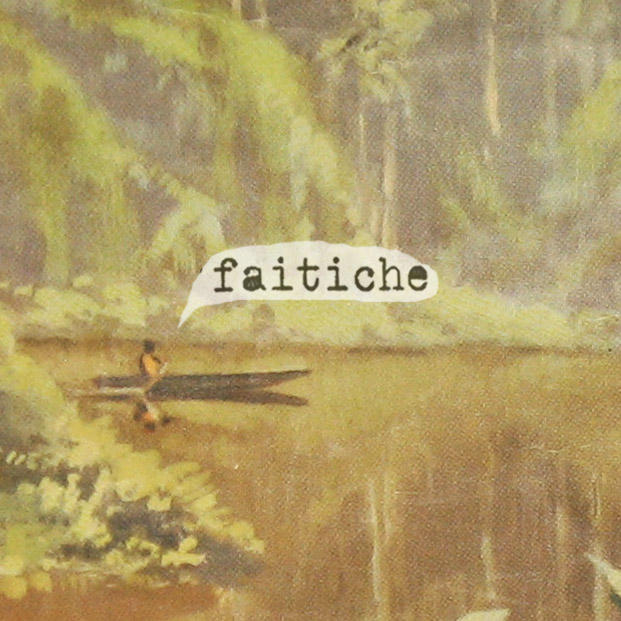 Faitiche is a German label launched by Jan Jelinek in 2008. The label debuted with the mysterious Ursula Bogner release, which was just the very beginning of an outstanding platform. Since then it has served as the foundation for Jelinek’s solo and collaborative releases both under his own name and his Farben and the lesser-known Gesellschaft Zur Emanzipation Des Samples (G.E.S.) monikers. This year is an excellent one for Faitiche as ‘Schaum‘, Jan Jelinek’s collaboration with Masayoshi Fujita was recently released and Andrew Pekler’s ‘Tristes Tropiques’ is planned to follow in the beginning of November. We spoke to Jan about the new releases, the history of Faitiche and all things label-related. He also made a guest mix featuring some delightful pieces from the Faitiche discography. 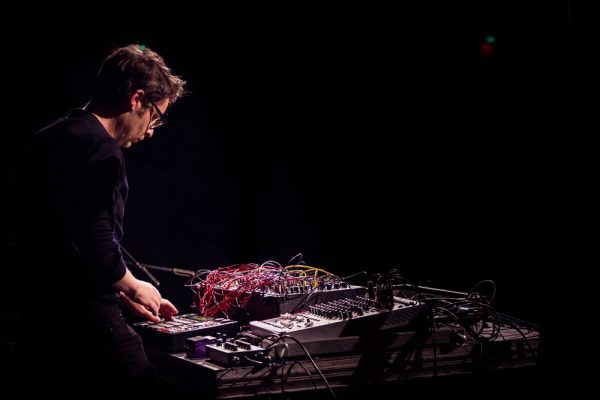 Faitiche was born relatively late in your career. What triggered you to launch your own outlet for your various projects?

I started to think about running an own label the first time after discovering the ouvre of Ursula Bogner. Her whole archive was introduced to me by fortunate coincidence and after thinking about how to present Bogner’s work, I decided to it on my own. The idea was to focus not only on her music. It was planned as a multimedia art experiment with musical, textual, and performative components. So far, her work was presented at exhibitions, concerts and in a book, which was Faitiche release Nr. 5. I wasn’t sure if I could find a label which would follow this idea, so that’s why I started my own label.

How did you come up with the name ‘Faitiche’? What’s the driving force behind it?

Faitiche is a neologism, based on Bruno Latour’s Actor-Network-Theory. Latour is a French sociologist who focused his work on a social theory, which integrates objects as a social actor as well. In the time while I was starting the label the debate about the fading relevance of physical sound carriers already began: no one was interested anymore in CDs and vinyl. Exactly in that time I started a label, which still published physical sound carriers – so I thought it is a good start to choose a name, which discusses the social relevance of objects.

The first release was the infamous Ursula Bogner release ‘from the archives’. It was really interesting to follow the controversy and ambiguity around this mysterious housewife in the beginning. What is going on with her legacy nowadays? Any lost recordings that might surface anytime soon?

First of all: Ursula Bogner was not a housewife. She worked successfully in the pharmaceutical industry. In addition to that she had children and composed music as a hobby. Interesting enough, the reception was totally fixated on her private life. Maybe it is still hard to believe that women are able to manage both. It was interesting to observe, that in the context of electronic music women still are gratefully associated with a traditional role model. But back to your question: Yes, a new 7” vinyl is planned for spring 2017. It is archival material, reworked and curated by Lucrecia Dalt. Additionally, I presented this year some ‘new’, unpublished, drawings – you can see some of them on the Faitiche-website. For 2017 I plan to show more of her visual artwork: pottery objects. A very delicate art form, especially because it does have this certain ‘housewife-art’ connotation. Even though her approach is definitively different, it will be a challenge to present those pieces while not serving clichés.

How would you describe the sound of Faitiche in 5 words?

2016 is a really exciting year for Faitiche, could you tell us a bit about ‘Schaum’, your collaboration with Masayoshi Fujita and Andrew Pekler’s ‘TristesTropiques’?

‘Schaum’ is the second album of Masayoshi Fujita and me. During the last six years we performed quite often at festivals, which gave us the opportunity to develop a corporate language without doing rehearsals. The album is based on recorded improvisation, which I edited afterwards in my studio. I added layers, arranged ‘songs’, based on simple loops or created new songs while combining prerecorded material. So you can say it is both: a collaborative improvisation and a solo studio album. While I was in the process I just realized that the material is getting close to my idea of exotica music – or better call it ‘tropical’ music: rich, densed, textual unstructuredness. I decided to underline this aspect and added artificial field recordings of the rainforest, which I produced two years before for two of my radio pieces. One piece was about radiophonic travelogues, the other one about the Tasaday tribe – a tribe of ‘cavemen’, which have been discovered 1971 in the rainforest of the Philippines. They lived for generations in total social isolation. Andrew Pekler is a longtime collaborator and it was fascinating to realize that he was working on an album with a similar approach. His album joins aspects of exotica music with authentic and unauthentic field recordings.

With ‘Tristes Tropiques’ Andrew is the first artist that is not you in the history of the label whose full-length solo is going to be released. Do you have plans for further opening up Faitiche for various artists or you intend to keep it personal for close collaborators only?

Yes, you are right. It was a big step for me, but releasing ‘Tristes Tropiques’ on Faitiche made perfect sense – both albums are dealing with the same idea, even though the results are different. There are no other plans yet to invite other artist. But as I already mentioned before: Lucrecia Dalt will supervise the music of the next Bogner release.

Is there anyone you would secretly love to sign to Faitiche or would like to collaborate with?

Hmm, not really. I still see the label work more as an essential part of output. I have to do it, because I don’t want to go for compromises, but at the same time I don’t feel destined doing that. So I’m happy to see my favorite artist on other labels.

As an artist, what do you find the most stimulating and disappointing thing about running a label?

Well, office work is not the greatest part of label work. But nevertheless an own label makes sense if you want to control every aspect of your release: artwork, info text, communication in general. Also I see it as realistic prospective model for experimental music producers. Just one example: because all income goes more or less to one person, streaming deals are starting to get lucrative.

Is there something you would like to improve when it comes to label work?

I definitively should improve my office work, especially my calculations. 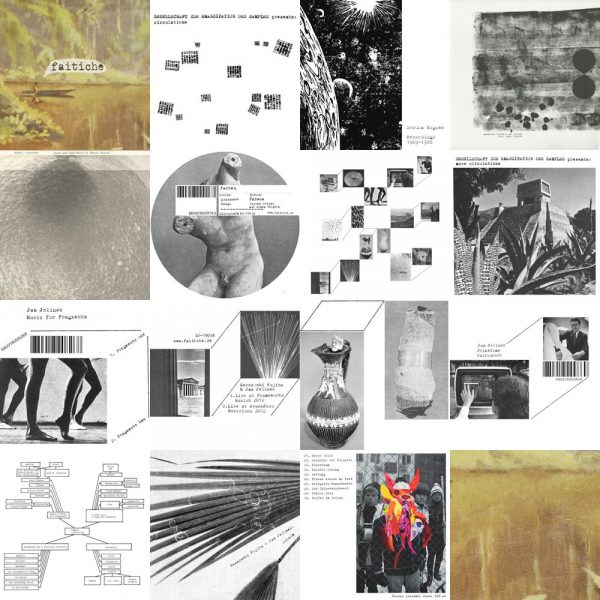 Do you think that in our digital era the non-musical elements – eg. album artwork – are overlooked and not appreciated enough? How important are these kind of aesthetics for Faitiche?

It is definitively an important part for Faitiche. The binding to other art forms makes music attractive to me. Especially the reception of popular music is assumption of many aspects – also visual aspects. It doesn’t have to accompany necessarily with a physical sound carrier – even pure digital releases work with images. Interdisciplinarity is one of my major impulses. It goes that far, that I sometimes finished the artwork before I even started to compose the music.

Do you have a personal favourite among your releases? Which one are you the most proud of?

I probably wouldn’t use the term ‘proud of’, but I really liked the second Faitiche release. It is G.E.S. – a tape collage work based on recordings, which I have captured at public spaces here in Berlin. The idea was to choreograph acoustically public space. So I installed audio speakers at public spaces, which played music I desired to sample. Afterwards I rearranged the material with the help of tape machines. I finished the whole album during three months. It was an exciting, new approach to me and I still have the feeling, that this is recognizable/audible on the final release. Unfortunately it was the worst selling album for Faitiche.

What kind of advice would you give to someone who is interested in starting their own label?

Well, first of all I think that the first label release have to be really strong. It is a release of extraordinary importance, because it will establish your label idea. There must be a good story and it has to be good material – in that way, that you already feel forced in releasing it. Second advice: drop it if your motivation is based on economical/financial considerations. There is no money to earn in that business.