Ben Lukas Boysen: To feel the connection between a musician and his instrument is such a wonderful and inimitable thing

Ben Lukas Boysen is back with a spellbinding new album on Erased Tapes Records. ‘Spells’ was released on the 10th of June and if there’s such a thing as a good excuse to make another interview with the German wunderkind, this is definitely it. Also, we asked him to prepare his second mix for Sounds Of A Tired City – some things you just cannot get enough of. 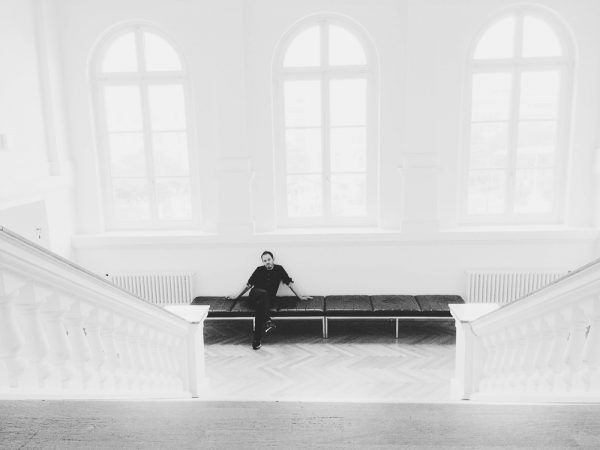 Hey Ben, last time we spoke it was almost 2 years ago… Berlin was grey and you were getting ready to spend some quality times in the studio. How is life these days? How are you getting ready for the summer?

Indeed – it’s been a while! Berlin has been surprisingly gentle and sunny recently so it’s a nice change and very welcome. So far I watched summer from the studio though – I changed my setup quite a bit which makes it hard for me to leave the cave but I’m planning to take a few weeks off very very soon and spend some time away, purposely doing absolutely nothing except eating, sleeping and relaxing.

After releasing two albums during these last two years with your Hecq moniker (Conversions and Mare Nostrum), you’ve returned to using your own name again for your debut full-length on Erased Tape Records. ‘Spells’ is really nothing like anything else you’ve done before yet it feels like with each release you keep reinforcing your identity. Tell us a bit about the idea behind this new technical-instrumental world that you built up for your new album.

It’s the attempt to simplify my compositional techniques a bit. Even though Hecq tracks could be quite simple now and then, the idea of overcharging tracks is something I love – but it drives you nuts after a few years. In addition I also wanted to focus more on this hybrid that ‘Spells’ is. A pretty much 50/50 divide between the computer and instruments – there’s a lot of potential and enjoyment in this, especially since I have to learn to let go a good portion of control (because any involved musician will change and add things to a song), which feels very healthy and rewarding.

‘Spells’ feels like the perfect combination of electronics and instruments. However, ‘Golden Times I’ definitely stands out as the most eclectic and powerful piece. Post-rock meets modern classical and beats, not too many musicians could pull this combination in such a masterful way. What inspired you to bring together all these elements in a single piece?

This piece escalated pretty quickly, as the kids would say. The simple piano theme that’s audible in the beginning was all there was really. The plan was to write a simple piece for piano and harp but ideas for modifications and additions began to pile up. When Anton, who played the cello on this track, started adding his own ideas to it things really opened up. So all in all it’s a basic idea going deliriously over board.

I have to admit that if I would not know anything about Ben Lukas Boysen, I would imagine a full, well-equipped instrumental band and orchestra behind all this. Without tearing down all the mystery, how should we imagine the digital setup and the real musicians you’ve worked with?

The thought is not completely wrong actually. This album would not exist without the musicians Lara (the harpist), Achim, (the drummer), Anton (the cellist), Martyn (the guitarist) and also Nils who mixed and mastered the album and also Robert from Erased Tapes who gave invaluable input to the whole thing. However, at this point we are not a band since we’re scattered all over the city or even the world and also because the way the music is written is very non-band like. I normally write the pieces with all their parts in solitude and isolation and then send these parts to the musicians, hearing their thoughts and ideas. This is a very important step in the process because it has the potential of change a song drastically or even spark a whole new song.

So the piano- and synth parts are written here and more or less cast in stone, the instruments are recorded by the musicians remotely. A quite architectural approach that really helps me focus on songwriting. 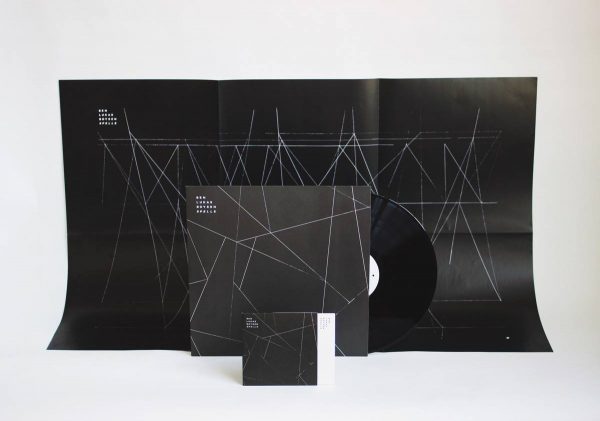 This hybrid sound you’ve created intends to deceive, question and challenge existing listening habits. Could you explain this a little bit further?

I find the concept of perception and habits very interesting in general. What might sound like an intentional disappointment towards the listener should be much more seen as the invitation to a game or a challenge.

How do you compose, resolve and conduct a piece of music and not succumb to your own or someone else’s expectations, how to at least make the attempt of being as neutral and undefined in your own notion towards the creation process while at the same time not turning yourself into an indifferent shell?

It’s a fine and difficult line but at the same time the most interesting path to walk on. I really can’t tell how the music works for others and if my personal process with the pieces is recognizable, this however, doesn’t really matter in the end.

My music is always intended to be turned into something personal by the person listening, I’d never want to dictate anything or give a prefabricated idea of what the tune is about.

They all have a story to me but the beauty of this „deception“ is that you get a set of tools that you can and should make your own.

I heard that even Nils Frahm was extremely impressed with the results… perhaps we don’t even need skilled piano players anymore? 😉

Never 😉 It’s part of the concept that piano is programmed, however this obviously has its flaws and failures. I absolutely don’t believe real musicians will be replaced anytime soon.

To feel the connection between a musician and his instrument is such a wonderful and inimitable thing, I’d wonder who actually would want to replace this – this connection IS music already.

After I discovered ‘Nocturne 3’ and ‘Nocturne 4’ on the new album, I had to revisit ‘Nocturne 1’ and ‘Nocturne 2’ from your previous album ‘Gravity’ (Ad Noiseam, 2013). The continuity between these pieces is fascinating, like they are all fragments that could easily live on their own. Also, ‘Nocturne 4’ feels like a lovely reminder of ‘Night Falls’. Was it consciously planned that they would continue one day?

Not really but it is now. I like the concept of having a nice piano theme that eventually will be driven by some heavier drums. That’s the only restriction for a „Nocturne“ and this restriction makes it also inspiring to write more.

Every now and then, between many unusable ideas, you come across a theme or an idea and you know: „this will be a song!“ I had this moment very early in the process with all Nocturnes so far – with Nocturne 4 being the biggest exception since the whole track evolved around the drum track that was already recorded for „Gravity“…so about 5 years ago. I really wanted to use that drum take but never found a suitable song – and then one day it fell into place.

When you’re not working on your own music, what are you listening to these days? Do you have some favourites from this year’s offerings you would recommend?

An album I recently discovered and can already call it an all-time favorite of mine is „Études“ by Yair Elazar Glotman (released on Subtext Recordings). Sheer beauty and its sound is incredible! It really has everything I need in an album.

Also Autechre’s ‘elseq’ behemoth album made me very happy! Some really inspirational stuff on there.

A Winged Victory for the Sullen – Atomos X

Rob Clouth – The Galaxy Collapsed into a Point