Ametsub: There is so much music that uses glitchy piano as the main resource, so I am staying away from that 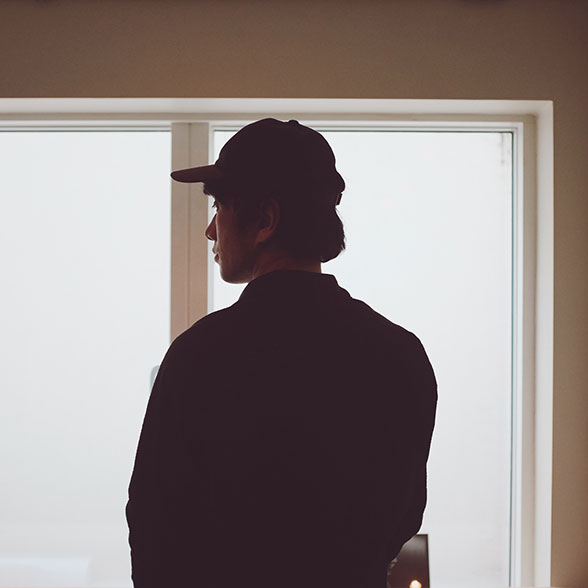 Only few musicians can transit through the music scene like Ametsub has done over the last 10 years. Based in Tokyo, the producer, composer and constant traveler has been recognized as a creator of hybrid landscapes that contain various layers of archives collected from nature and intricate electronic melodies. His commitment to accomplish compositions that melt micro-atmospheres and music into sound sculptures makes him one of the most influential musicians in the contemporary electronic/experimental arena.

Mbira Lights 1 (the most conceptual release from Ametsub to date), is an immersive experience full of crystal-clear sounds and ethereal structures that features the delicate textures of a custom-made Array Mbira (conceived by its inventor Bill Wesley) to deliver a unique mix of sonic elements. In this interview (made before the release of his latest EP), Ametsub talks about the early stages of his career in Tokyo, the importance of challenging conformity, the Arctic Circle as a main aesthetic resource, his relationship with international audiences in live performances, Ryuichi Sakamoto, and his new instrument called Giant Mbira. 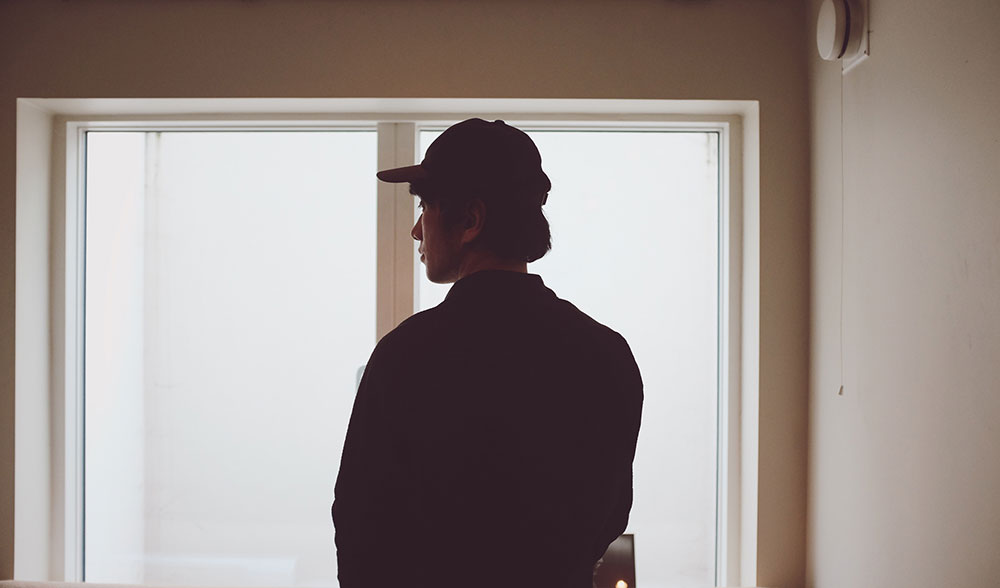 Your career as a musician started almost 12 years ago, your work is a combination of meticulous mix of electronics, piano decomposed structures and intricate micro-atmospheres. After all this years, what are your thoughts about the evolution of your career and the development of your projects?

I often liked digging music when I was a high school student, it was around that time that I began making music. “Be Different” was my always motto, not only for music but for my life. At that time, the electronic music chop & glitch piano aesthetic did not exist much in Japan. So I decided to do something that nobody else did. Especially in “The Nothings of the North“, the record was able to have a good response, thanks to Ryuichi Sakamoto. My motto hasn’t changed at all since then. There is so much music that uses glitchy piano as the main resource, so I am staying away from that. Three years ago, I found the musical instrument called “Giant Mbira” in the US and I got really into it.

When did you decide to become a musician and a visual artist? Can you describe the early live performances as Ametsub in Tokyo?

I’m not working so much as a visual artist, although almost all Ametsub videos are made by me. But it is just an Icelandic driving video. It’s almost like a hobby. I hardly remember my early stages in Japan, what I especially remember is the Sense Of Wonder Festival in 2007, because though I was not known at all even in Japan, so many people of the audience clapped and showed me support, very good memories.

Even when you’ve used many digital resources and tools like the distortion of recorded voices (for example in Mosfell and Solitude from The Nothings from the North), captured sounds from natural landscapes (Over 3366 from All Is Silence), you still prefer the use of piano as your main template to build and sculpt music. Can you explain your relationship with the use of analog instruments and how this affects your processes to make complex pieces of music?

I hardly use analog or digital distortion, often I use a recorder and a reel-to-reel recorder Nagra, that’s what makes my sound warmer, I think. Moreover, I’m not only letting the sound material pass through the tape recorder once, but I let it pass many, many times. So the sound material breaks into an original form. It’s very fun and warmer.

You make all the artwork design for your albums, all of them have a special relationship with nature’s icy aesthetics and landscapes, especially in All Is Silence (2012), for this album you traveled to the Arctic Circle and Iceland to capture the atmosphere of the spaces, sonically and visually. Why did you feel attracted to these landscapes? How did these places influence you sonically and aesthetically in comparison of Tokyo?

The artwork design of my two albums are made with photos I took in Iceland and the Arctic Circle. My first trip in Iceland was in 2008. At that time, Iceland was not popular at all. That closed atmosphere was wonderful for me. The reason why I was interested in Iceland is of course Jóhann Jóhannsson and Björk’s music, but also Ozy, Yagya, Exos, Ruxpin, Icelandic underground music was an influence for me. I wasn’t listening to Icelandic music on purpose. The music I was listening to just happened to be from Iceland by coincidence. I felt that this coincidence has a meaning. I was born in Tokyo’s city noise. An information noise too. I may have wanted an extremely opposite environment.

What are the elements that you enjoyed the most while recording the songs and designing the artwork for your last album All is Silence?

Imagining the landscape. Listening to the voice of the wind and being conscious of the differences.

You’ve played on international festivals like Sónar Reykjavik, L.E.V. or Taicoclub Festival. What are the reactions from the audience that you witness during the live performances?

The reactions are various at each festival. L.E.V. was always hot, Sónar Reykjavik was also very nice! I really love their style. Japanese audience is always cool, especially in live performances. My live performances have many ambient / chill, deep elements.

In 2013 you collaborated with multimedia artist and musician Ryuichi Sakamoto in an improvisation at Noda Shrine in Japan. What did you learn from Ryuichi in this experience?

That improvisation project was hold without any rehearsal and previous arrangement. It was the absolute improvisation. I was very excited and I prepared various kinds of sounds including beats, something like the beginning of Solitude and the groove close to Over 6633 for example. However, during the soundcheck before the performance, Ryuichi ordered me not to use any beats or grooves. He wanted absolute ambient music: “I want to make the one thing with me, Ametsub, audience, nature of Noda-shrine here”. To be honest, I wanted to play the minimal and the groove beats, even if just a little. But the result was super. Many audience members seemed satisfied with our performance. After the performance was finished, he said to me “Good performance, let’s play again in the near future”. I still believe that we could play together again. 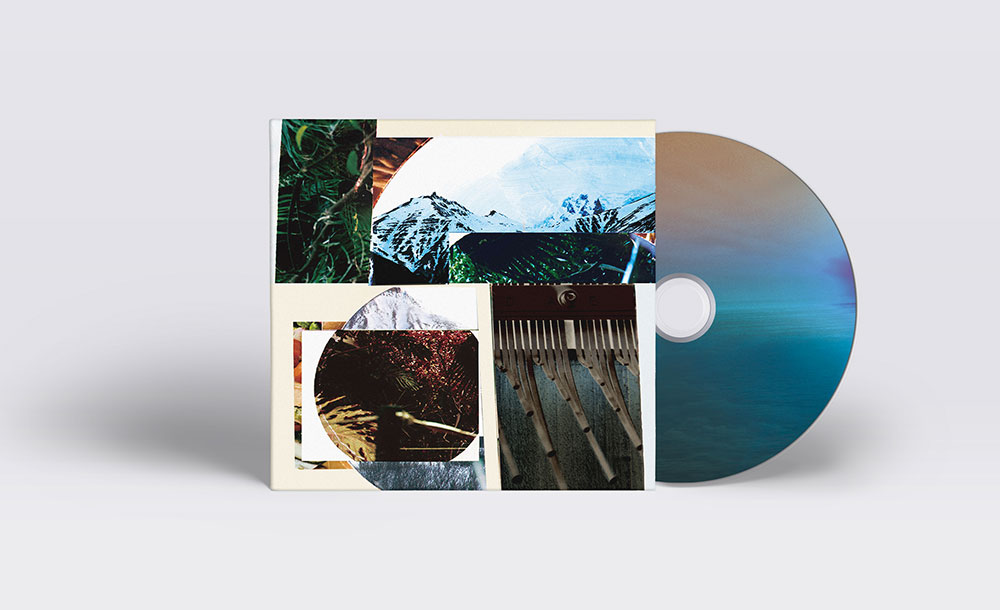 What is the title of your upcoming EP? And what is the concept and sound behind it?

Perhaps… It will be “Mbira Lights EP”. It’s featuring sounds of Giant Mbira. Ametsub didn’t have a definite concept – until now. It’s not just a recording of the Mbira, it’s also a mix with bass, beats, electronic effects and voices.

Can you talk about the inspiration and the ideas that triggered this new project?

As I said before, I always think that I want to make “different” music even for just a bit, and the Mbira’s overtone was very exciting when I listened to it for the first time.

Can you talk about your collaborations with photographer Nuno Moreira? Do you have a new project with him?

Nuno Moreira did the artwork of my “Mbira Lights EP”. The reason I chose him is because he gave me a very nice video with his own works on my music three years ago.

For the release of your new EP you also designed a new music instrument called Giant Mbira. Is the instrument a re-design of the Mbira, the traditional Zimbabwean instrument? What is the structure and aim of this instrument?

No, it is not the traditional instrument. This Mbira’s original model is by Array Mbira in the United States. I had the Mbira custom-made for my performance and personality.

When did you started to research for the development on Giant Mbira?

I found it on the internet four years ago. After the meticulous preparation with the Array Mbira teams, I customized it. It was not inexpensive, but I am really happy.

What can we expect for Giant Mbira in your future live performances?

I’m already using it on my recent live performances for real-time sampling. This is not like the piano’s line, so it’s difficult to play. I need time if I play it freely, but it sounds really great.